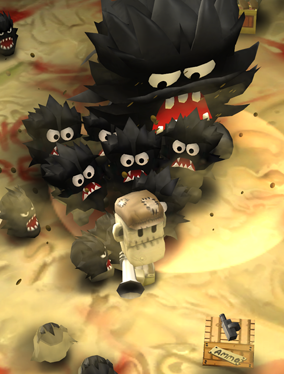 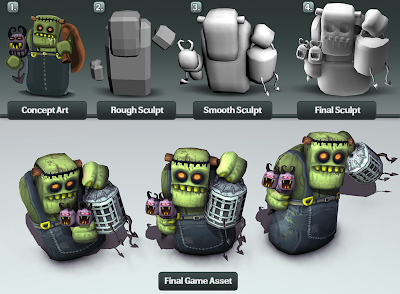 1. Concept painting done in Photoshop.
2. First pass of the 3d model. Laying out the basic foundations.
3. Refining the shape further by adding medium details. Design changes a bit, instead of a bag the Monstrosity carries a cage.
4. Final sculpt with all the little details like teeth and eye sockets. You can see how the original design has changed due to gameplay demands - Monstrosity is holding two Vultures instead of one and they're smaller as well.

In the bottom image you can see the textured and final game asset.

Probably the most difficult thing with this character was the cage design - I had a hard time coming up with the final design. Also the height of the character was an issue, we had to make a separate higher camera for the boss fights. They're so tall their heads wouldn't be visible otherwise. 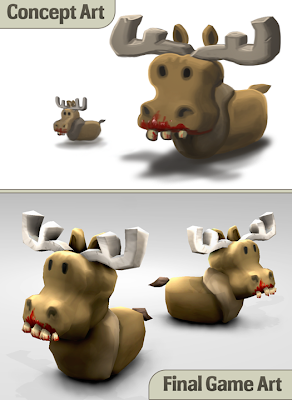 1. Two concept drawings at the top, the one on the left was the very first sketch and it was drawn about that small - thumbnail sketches can be very good for getting a clear silhouette because y

ou won't have space to draw anything else :) Both drawings were made in Photoshop.
2. Bottom image shows the final game asset which was done in 3ds Max. Ears and horns are all separate objects so they can be animated when the moose moves and attacks - that makes the movement a bit more dynamic. 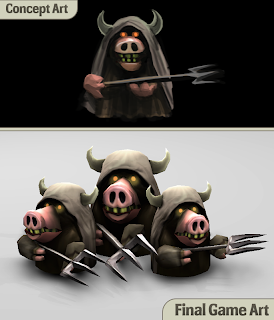 
The game engine can scale the 3d models to different sizes. Bigger versions of the enemies are usually given more health and you get more points for killing them. 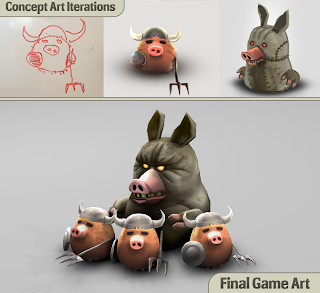 1. Inspiration can happen anywhere, here the first sketch was done on the office whiteboard :)
2. Middle of the top row shows what happened to the sketch after Photoshop.
3. Bottom row shows Pork mob in-game models. 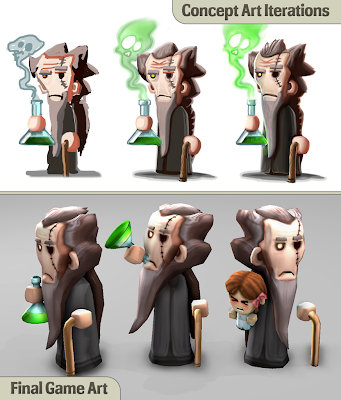 1. The first sketch in the top row was drawn on an iPhone with a program called "Colors!".
2. The second and third images in the top row were painted in Photoshop.
3. Bottom row shows Metusalem in-game models. 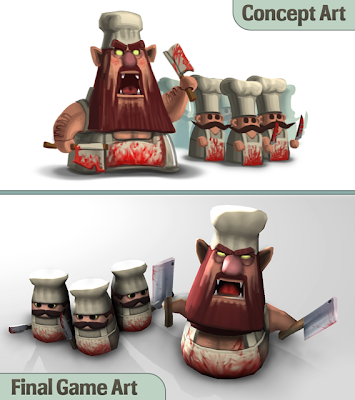 1. The characters start their life as concept drawings on paper or concept paintings in Photoshop.
2. 3d model is created and uv mapped in 3ds Max.

3. Textures are painted in Photoshop.
4. Next step is animation: walking and attacking animations are created. (Game engine's own procedural animation is used for death, idle and damage reactions)
5. Animated model is exported into the game and all the gameplay parameters are set: speed, turning radius, attack radius, size, damage, health etc.

We're not quite done yet. That's just the first pass. Everything is then iterated until it feels good in terms of gameplay and personality. This part often takes the longest time!
Posted by Timo (Mountain Sheep) at 8:24 AM 6 comments:

Minigore 2: Zombies is coming out on Thursday!

Release Date: December 6th
The furries are gone and a new threat is emerging from the dark corners of Hardland.


You must help JOHN GORE fight his way through sunny lakes, graveyards and freezing plains into a stormy forest where the legendary METUSALEM has brought to life murderous chefs, giant lumberjacks, killer penguins, a single moose, three hundred rabbits and the entire undead army of the COSSACK GENERAL.

- COLLECT LOOT TO BUY UPGRADES & ITEMS IN THE MERCHANT'S WAGON 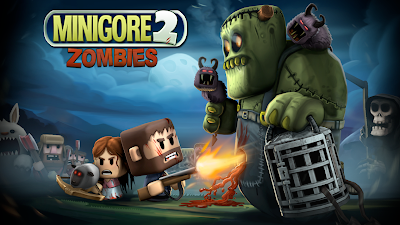 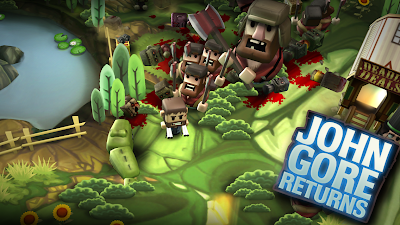 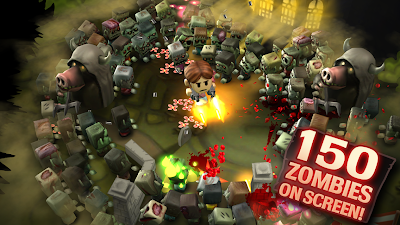 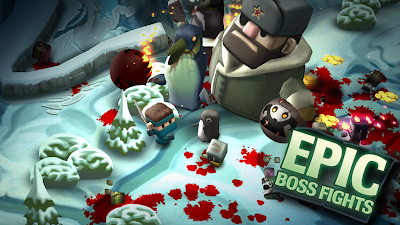 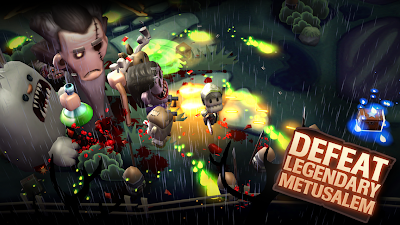