Latest news: This week we moved to new bigger offices! We also hired a new guy to work on the level creation, his most recent project was PS3 game Dead Nation :)
Let's get started with a brand new level editor screenshot. Tim made lots of tweaks and the pits are a new tile type: 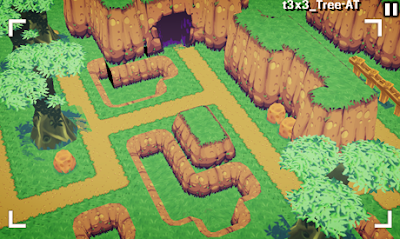 Kimmo and Tuomas added support for multiple simultaneous bosses. It means we can spawn five zombie Jerry Gores at once if we so desire!
Some of the remaining issues on zombie bosses:
1. They're still too deadly even though they already have a decreased ammo speed. Their accuracy needs to be decreased.
2. There's a few annoying situations where the bosses walk through each other.
3. Health bar height is not calculating correctly for some bosses - the reason is unknown at the moment.
4. Perhaps all of them could be scaled a bit bigger to make them even more menacing.
5. Spawn animations missing. 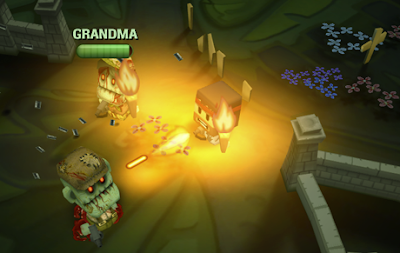 Grandpa & Grandma weren't quite as scary when they were alive!
Another thing Kimmo improved is collision physics: it works much better now when you bump into obstacles. In one of those old zombie level videos there is a vibrating camera motion when the player character is walking against the wall. After the fix it doesn't do that anymore.
DISCLAIMER: There's no release dates for any of this stuff. The best thing I can do is keep you updated on what's happening.
Posted by Timo (Mountain Sheep) at 1:04 PM 53 comments:

Latest news: New "in-game" camera angle in Level Editor. Tim also coded in support for more tiles such as the sand tiles and low cliffs. It's easier to see the new things if you compare this new image to the screenshot I posted in part 2: 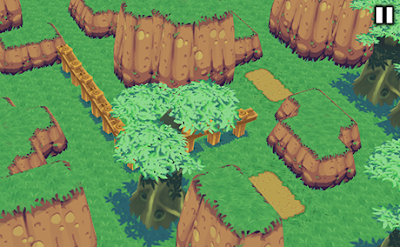 Placeholder tile art by Heikki Repo
Kimmo and Tuomas have continued their work on patterns and bosses. Here's a screenshot of Zombie Jerry & a bunch of zombies duking it out with John Gore: 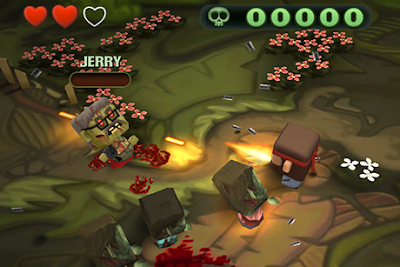 They're able to take more punishment than just 3 shots.
That's the reason for health bars.
There's a zombie boss version of pretty much everybody. Though we still gotta ask permissions for usage of few of the visiting guest stars such as Hook Champ & Enviro-Bear... actually it would be Zombie Enviro-Bear :) 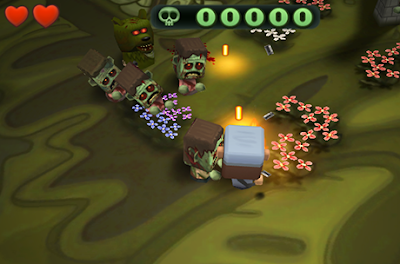 Death to the Impostor Bear!

PS. If you have any friends who haven't tried Minigore yet it's currently available for free.
Also our latest co-production Death Rally is on sale for $0.99! It's the number one game in over 40 countries!
Huge thanks for everyone who have supported us!
Posted by Timo (Mountain Sheep) at 8:55 AM 34 comments:

Latest news:
Tim is working on a smart system which selects correct pieces for the terrain. The user doesn't have to place each corner piece by hand and it saves a ton of time. It takes half a minute to create the following scene: 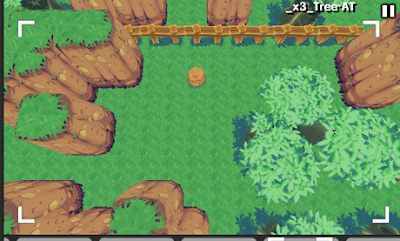 You can drag those cliffs with a few strokes
Placeholder tile artwork by Heikki Repo
Doing the level geometry is just one thing, but levels also need enemies. Kimmo has been working on a wave system which allows us to define various attack formations for enemies and spawn them anywhere on the level. If you have played Super Stardust HD on Playstation 3 you know exactly what I'm talking about. 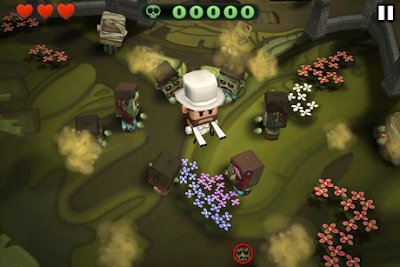 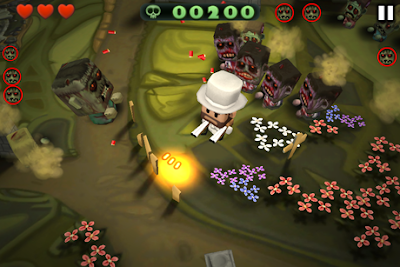 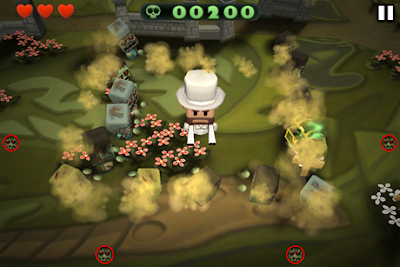 Box spawning pattern and a chest full of souls
That's just a simple example what can done with it. There's controls for size, enemy count, location, offset, victory conditions and everything can be combined to create a very complex chain of events.
What's unique about regular and fast zombies is that they can spawn in two different ways: